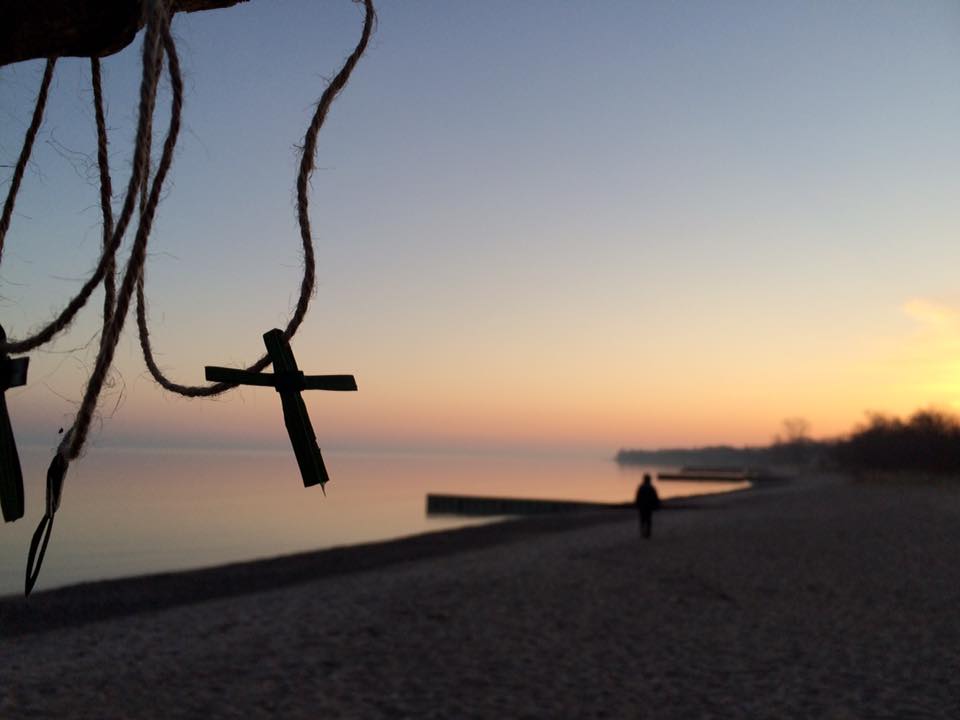 Early on the first day of the week, while it was still dark, Mary Mag’dalene came to the tomb and saw that the stone had been removed from the tomb. So she ran and went to Simon Peter and the other disciple, the one whom Jesus loved, and said to them, “They have taken the Lord out of the tomb, and we do not know where they have laid him.” Then Peter and the other disciple set out and went toward the tomb. The two were running together, but the other disciple outran Peter and reached the tomb first.  He bent down to look in and saw the linen wrappings lying there, but he did not go in.  Then Simon Peter came, following him, and went into the tomb. He saw the linen wrappings lying there,  and the cloth that had been on Jesus’ head, not lying with the linen wrappings but rolled up in a place by itself.  Then the other disciple, who reached the tomb first, also went in, and he saw and believed;  for as yet they did not understand the scripture, that he must rise from the dead.  Then the disciples returned to their homes.

But Mary stood weeping outside the tomb. As she wept, she bent over to look into the tomb; and she saw two angels in white, sitting where the body of Jesus had been lying, one at the head and the other at the feet. They said to her, “Woman, why are you weeping?” She said to them, “They have taken away my Lord, and I do not know where they have laid him.” When she had said this, she turned around and saw Jesus standing there, but she did not know that it was Jesus.  Jesus said to her, “Woman, why are you weeping? Whom are you looking for?” Supposing him to be the gardener, she said to him, “Sir, if you have carried him away, tell me where you have laid him, and I will take him away.” Jesus said to her, “Mary!” She turned and said to him, “Teacher.”. Jesus said to her, “Do not hold on to me, because I have not yet ascended to the Father. But go to my brothers and say to them, “I am ascending to my Father and your Father, to my God and your God.'” Mary Mag’dalene went and announced to the disciples, “I have seen the Lord”; and she told them that he had said these things to her.

Song – Great Storm Is Over

We really didn’t think this was going to happen
But now that it did
Now that you are standing here in front of us
The holes in your hand, the look on Mary’s face
It’s starting to make sense
You died so we didn’t have to
We die, so we don’t have to
You hung on that cross, in such a shameful way
So broken, so distraught that God forsake you

We felt forsaken too
We believe, help us in our unbelief
You lived the life that Israel couldn’t
You died the death that Israel wouldn’t
All these prophets words started to come back to us
You were the suffering servant
You were the broken Saviour
This is what we’ve been waiting for
This is Abraham’s promise being fulfilled
Jacob, Isaac, Joseph, David…
You were the light to the nations, you blessed the nations
You freed Israel from the law
You freed us from it as well

For I handed on to you as of first importance what I in turn had received: that Christ died for our sins in accordance with the scriptures, and that he was buried, and that he was raised on the third day in accordance with the scriptures, and that he appeared to Peter, then to the twelve. Then he appeared to more than five hundred brothers and sisters at one time, most of whom are still alive, though some have died. Then he appeared to James, then to all the apostles. Last of all, as to one untimely born, he appeared also to me. For I am the least of the apostles, unfit to be called an apostle, because I persecuted the church of God. But by the grace of God I am what I am, and his grace toward me has not been in vain. On the contrary, I worked harder than any of them–though it was not I, but the grace of God that is with me. Whether then it was I or they, so we proclaim and so you have come to believe.

Partake in the body of Christ. 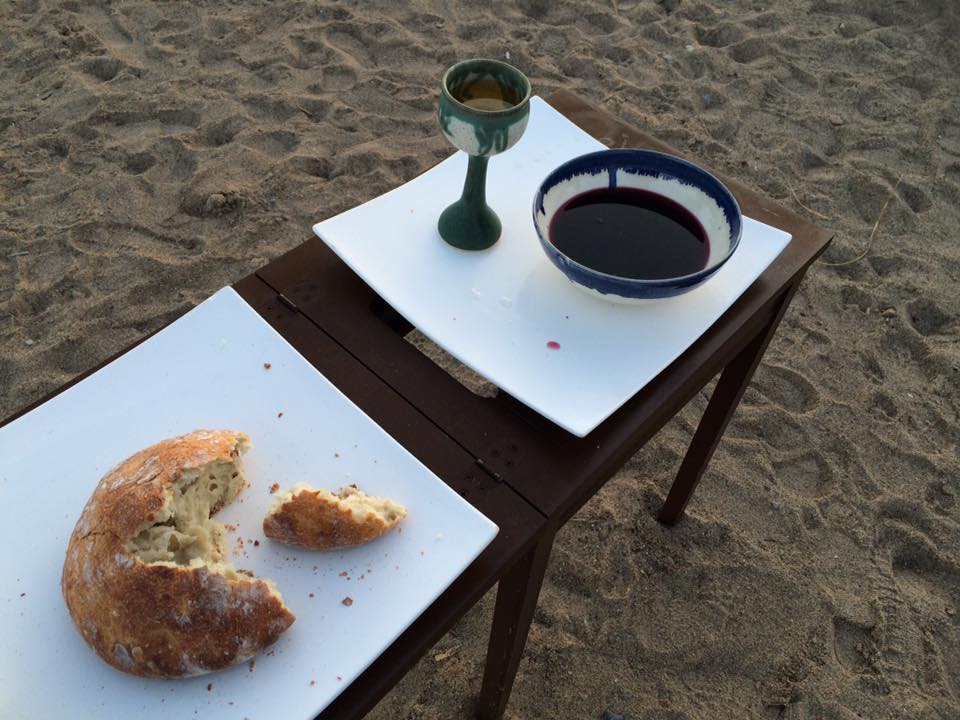 View all posts by Alison McKinnon